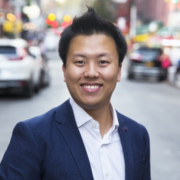 I have thought extensively about and written on the economic systems that cryptocurrency has built, and have come to realization that the blockchain technology backbone only represents a small percentage of the overall derived value. I believe that the majority of the value comes from the development of these new incentive driven economic systems.

An analogy for us space nerds: the blockchain technology and “store of value” can be represented by the visible matter and energy in the universe while the economic systems are the dark matter and energy while somewhat invisible, constitutes the majority of driven value.

I have noticed that people who either hold or work in the crypto industry generally fall into two categories – speculators and believers.

Based on my personal experiences, I believe that at least 95% of people fall into the speculator category while there is a small percentage who truly understand and believe in the philosophy behind crypto – not just the decentralization part but the privacy/money part as well. This is not me “hating” on the speculators, they are a necessary component that makes this system work.

Bitcoin as a generation one technology is very limited, its primary roles are as a store of value and a stable/reliable cryptocurrency that can be referenced.

Generation two cryptocurrencies, like Ethereum, have more throughput, smart contract logic and advanced tools that allow for the creation of unique tokens. If you really drill down to the core blockchain technology, it could be argued that it is a distributed database with smart logic built into it. Nothing too crazy or fancy.

Sure, new blockchains might have more throughput, faster/more accurate/fancy consensus mechanisms, privacy, easy to deploy contracts, etc. but it’s all relatively straight forward. It’s like building a more efficient rocket. But where is the rocket heading? What is the ultimate goal? The question that is asked often is “how are we going to onboard a billion people and get them to use this technology seamlessly?” or it could be “how do we get a billion people to participate in crypto speculation?”

When I dive into the core technology, I see that the economic systems developed as a result of cryptocurrency as the most valuable portion. The recent DeFi rocketship is a representation of this. For the most part, DeFi in a nutshell is just a pot of cash that runs in circles trying to maximize (or manufacture) returns – textbook financial engineering. As the complexity level of DeFi increases, the less sophisticated investors will be pushed out of the market. Then hedge funds or quant algos will dominate this space – like APY Finance. It’s similar to the structure of credit default swaps/credit default obligations markets – layers relying on further up layers.

For example: One day, there will be a protocol with a token that governs a DeFi liquidity aggregation pool.  This pool will hold tokens that generate yield by providing liquidity to a liquidity exchange, governing a lending protocol, and staking across 5 assets, one of which is a staked ETH token.

You are DeFi nerd (like me) if you understood that! Purchasing this token could be akin to those that purchased CDO’s in the past and had no idea what was in them.

The latest DeFi protocols represent the late third if not fourth generation of crypto economic systems. The other generations are covered here – https://therichardli.com/token-economics-and-incentivized-crypto-economics-mechanism-design/.

A crypto DeFi driven bubble is starting to take shape, and its SUPER interesting to me. We are witnessing the start of an asset bubble leveraging web 3.0 in real time. For years (as early as 2011 when I tried to apply Black-Scholes to Bitcoin – see reference at end of article) I have thought about derivatives for crypto. But the mistake I made was trying to apply traditional financial frameworks into web 3.0. Its finally slowly coming to fruition but in a completely different form than I originally thought!

DeFi will do to the digital asset world what derivatives did to the financial world. What we need next is some form of IBC (Inter-Blockchain Communication) and fully fungible staking tokens like this – https://therichardli.com/fully-fungible-staking-token-making-it-easy-for-the-other-95/

Then it will become madness!

Just think about it, expand the example above to offer multiple tokens across different chains. The protocol could one day control/govern directly and indirectly 100 different tokens across 10 different chains. It would take an expert software engineer with a deep financial economics background to even have a small understanding of the core assets and the interactions they represent.

I think this will be the catalyst for another madness like 2017 – Interoperable DeFi.

This article is the precursor to the Master Plan. More details soon.

The implied volatility is very high and the supply curve is inflationary/fixed. Possible need to rework the implov to include upwards volatility and not just down (there was a specific ratio/name for this, but I forgot as its hardly used). Also, would need to probably replace RF rate with a model for the inflationary and subsequent fixed supply and its interaction with t.

Get notified about exclusive offers every week!

A Primer on Token Economics and Incentivized Mechanism Design

Fully Fungible Staking Token – Making it easy for the other 95%.